The following will provide instructions for exercising SPI1 on the  phyCORE-AM57x RDK using release PD17.1.0. This example is a loop-back test and will be implemented with the phyCORE-AM57x RDK and expansion board. Loop-back will be done at the expansion board header by connecting SPI1_DIN to SPI1_DOUT. Implementation details are given simply for informative purposes and are implemented in PD17.1.0. 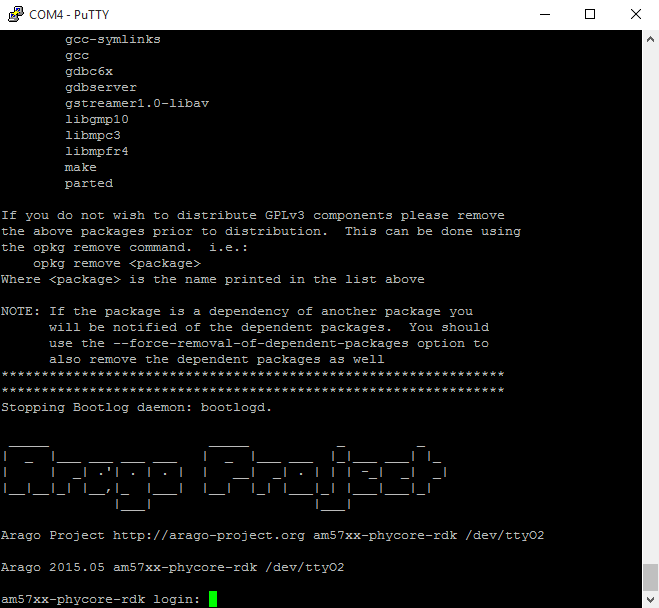 Execute the following commands from Linux, through the UART debug terminal, to run the test application:

A successful loop-back test will result with the following output. Note that the "TX" and "RX" lines match, indicating that the loop-back was successful.

The changes described below have been included in PD17.1.0. However, if you are using an older BSP release (ex. PD16.1.0) or want to add another SPI interface the below steps can be used as a reference.

To enable the SPI1 interface, modifications to the device tree will be required. The following instructions show how to modify the files specific for the phyCORE-AM57x Rapid Development kit to multiplex the signals and enable the interface. The device tree files that will need to be modified are located in this directory:

Note: The path to the Linux source above may differ depending on the release used.

Now that we have configured the SPI interface and pins, we need to enable the driver in the kernel so we can access the interface from user space. The following instructions show how to configure the Linux kernel used on the phyCORE-AM57x Rapid Development kit to enable spidev access in user space. 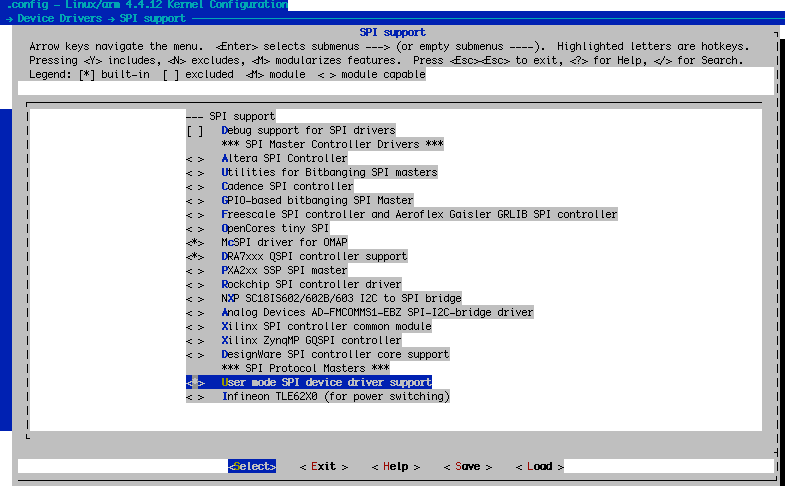 Rebuilding the Device Tree and Kernel

After the necessary modifications to the kernel configuration and device tree, we need to rebuild the kernel and root filesystem.