The phyCORE-AM65x SOM brings out a 4-bit wide MMC data bus to the standard SDHC card slot at X13. Power to the card slot is supplied by inserting the appropriate card into the SD/MMC1 connector, which features card detection. This interface shares a bus with the WiFi module on the SOM, but is available on the development kit as an SD card interface for external media or as a bootable interface. 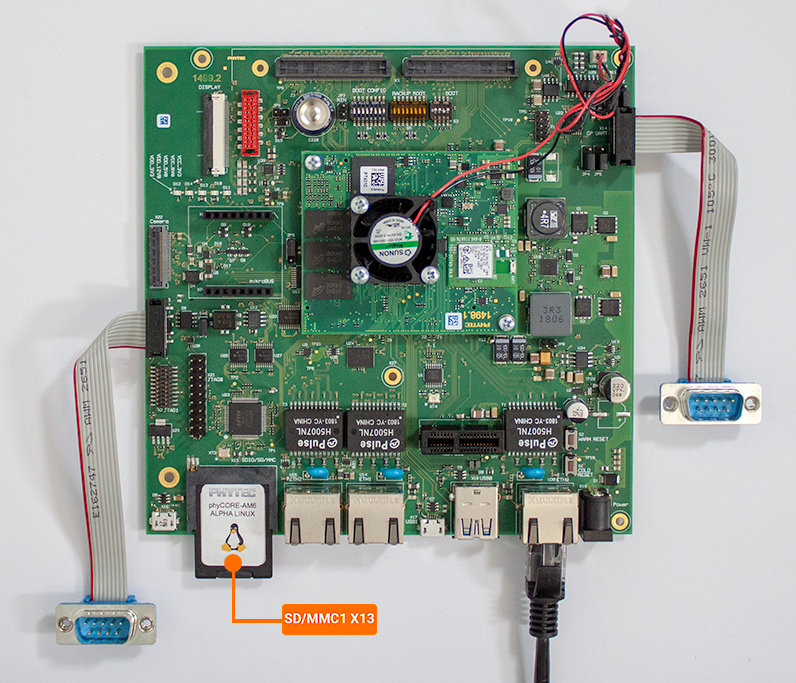 In order to follow this guide, you will have to boot from the on-board eMMC. See HERE for more information.

When an external SD Card is inserted, it will be available as /dev/mmcblk1 in Linux.

Write to the SD Card

Read from the SD Card