The PEB-D-RPI expansion board comes equipped with a 40-pin header that allows for emulation of some of the Raspberry Pi single-board computer functionality. One interesting function supported by this 40-pin header is the use of Raspberry Pi HATs on PHYTEC's phyBOARD-Zeta (i.MX7) platform. The following sections will use the Raspberry Pi Sense HAT as an example for connecting Raspberry Pi HATs and running demos on the phyBOARD-Zeta. Additional sections will help you enable the use of more GPIOs through the 40-pin header. These instructions assume that you have properly connected the expansion board to the carrier board and can boot into a supported environment (U-Boot and/or Linux) using BSP version PD18.2.0 or newer.

Connecting the Sense HAT to the PEB-D-RPI Expansion Board 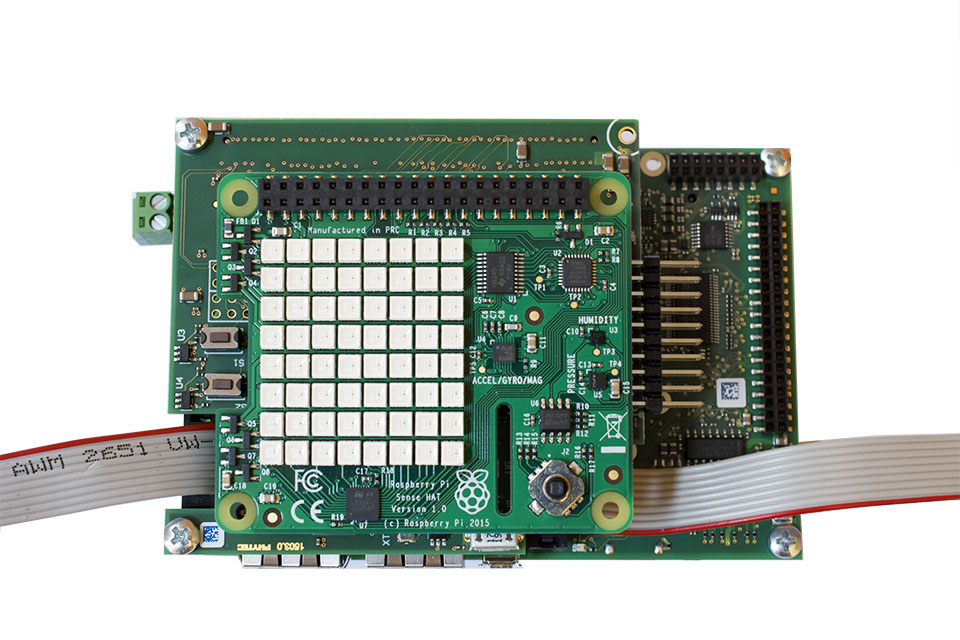 Power on the phyBOARD-Zeta and boot into Linux and log in. Run the following command:

You should see output similar to the following lines. This output indicates that the Sense HAT was detected and the correct pin muxing and device tree overlay was loaded:

You should now see a slow-moving rainbow shift across the LED matrix on the Sense HAT. There are many other Python demos to try for the Sense HAT in the same directory. You can run any of them in the same manner as above by executing 'python <demoname.py>' on the target.

By default, the GPIOs that are muxed to the 40-pin header on the PEB-D-RPI evaluation board are those that only have GPIO functionality. This facilitates the use of device tree overlays that may have pin mux conflicts with additional GPIOs. To enable additional GPIOs, you must modify the device tree file 'imx7-peb-d-rpi.dtsi' as follows: